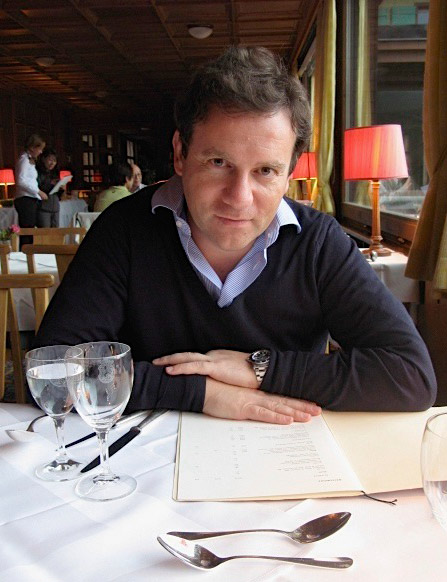 "There is no greater achievement than inspiring the most vulnerable in society to reach their true potential." John Michael Mouskos
Chairman and founder of the Breathing Life Trust

The need for the Lung Centre

The Breathing Life Trust have since 2004 been raising awareness and campaigning for a dedicated state of the art children's lung centre, to serve the needs of children in Cyprus and the whole region The aim was to create a state of the art respiratory facility of comparable standard to the world renowned Great Ormond street Hospital in London; a facility that could help save the lives of children with severe respiratory illness and give families hope.

The Trust's aims have now been realised with the opening of the new Breathing Life Lung Centre for Children in Cyprus in October 2009.

The new centre is located within the Makarios III Hospital in Nicosia, Cyprus. It is a much needed and utilized facility, as there was no medical centre of excellence for treating lung diseases on the island. In 2008, of the admissions of new born babies to the neonatal Intensive Care Unit at the Makarios III Hospital, 55% related to severe respiratory difficulties and 28% of the admissions on the Paediatric Intensive Care Unit of the hospital were for severe lung diseases arising out of lung conditions. The new centre now helps newborn babies and young children by offering advanced diagnostic techniques in the treatment of life threatening respiratory illnesses and rare genetic defects of the respiratory system. It also manages the treatment of children with severe respiratory illness and disease each year. Currently the centre treats over 5,000 children a year.

It’s opening is a triumph of co-operation between the Cyprus Government, London’s Great Ormond Street Hospital, The Breathing Life Trust and countless other benevolent institutions, companies and individuals from all over the world.

The beginning of the journey

The beginning of the journey started in the summer of 2003 when I came into contact with two young doctors; Panicos Yiallouros and Spyros Pipis who, with help from Dr Andreas Hajidemetriou, had only a few years earlier, established the Paediatric Respiratory Unit at the Makarios III Hospital in Nicosia. Their facility albeit on a small scale, devoid of sophisticated lung function equipment, offered treatment to children with breathing disorders and I just felt the desire to help them with their work in treating seriously ill children. Soon after, I formulated the idea of creating a charitable trust to raise funds for this purpose and "The Breathing Life Trust" was formed in 2004. All that was started in those early meetings and the good which will flow from the creation of the new centre should be directly attributed to the early endeavours of Doctors Yiallouros, Pipis and Hadjidemetrios, for it was them who inspired me. They awakened my belief that in attempting to help children suffering from respiratory illness, I would give them something precious; the ability to fulfill their lives, their destiny and their dreams.

I merely brought their work and needs into the public realm and in creating a new lung centre for children I was simply building on the foundations of their pioneering efforts. With a sense of duty and expectation I agreed to help develop their facility, work with them, campaign, influence and fund raise to create a much needed state-of-the-art lung centre for children in Cyprus.

As a group we took our time, listened and learned and were able to respond with new and expanding initiatives that we felt would give real benefits. Importantly the scale of the project meant that we could focus and ensure that at all levels we simply kept strengthening the core ideas. We were enthusiastically assisted in our task by the Ministry of Health in particular Mr Frixos Savvides Then Minister of Health, and Director of the Makarios III Hospital we just needed to be patient and create public awareness and support for our initiative to be finally agreed.

All causes need a focal point, a way of encouraging people to think about a particular issue. Ours was a great walk across Cyprus to raise awareness for the need for a new lung centre spreading the news directly to people in the towns and villages across Cyprus. Later I was helped tremendously by the involvement of PIK television in Cyprus who broadcasted my journey as well as London Greek Radio in London, who checked on my progress with regular interviews.

So it happened that on the 1st May 2004, I set out on a 21 day walk across Cyprus from village to village, town to town with a rucksack on my back to raise awareness for the need for the new lung centre for children.

In June 2007, following a meeting held between the then Minister of health Mr Charis Charalambous and heads of Paediatric Services of The Makarios III Hospital, commitment was given for the new centre to proceed and assurances offered to provide the necessary space, staffing, facilities, equipment and training.

My subsequent trips to the high mountains of the world, into the rarefied atmosphere that exists at the summits of great mountains has further brought attention to our cause and raises significant funds. These epic journeys have given me a great insight into the loneliness, fear and emotion of children unable to breathe freely and made me realise just how precious nature’s gift of breathing is.

The new Breathing Lung Centre for Children was opened by His Eminence The minister of Health, Mr Chritos Patsalides on Octorber 22nd 2009 at 1pm.

Organizing a fundraising event is a great way to raise essential funds for our charity. You can decide which project you choose to support